“Far out at sea, the water is as blue as the bluest cornflower,
and as clear as glass. It is very deep, so deep that no anchor
can possibly reach the bottom. It would require a great many
church towers, stacked on top of each other, to reach from
the floor of the sea to its surface. 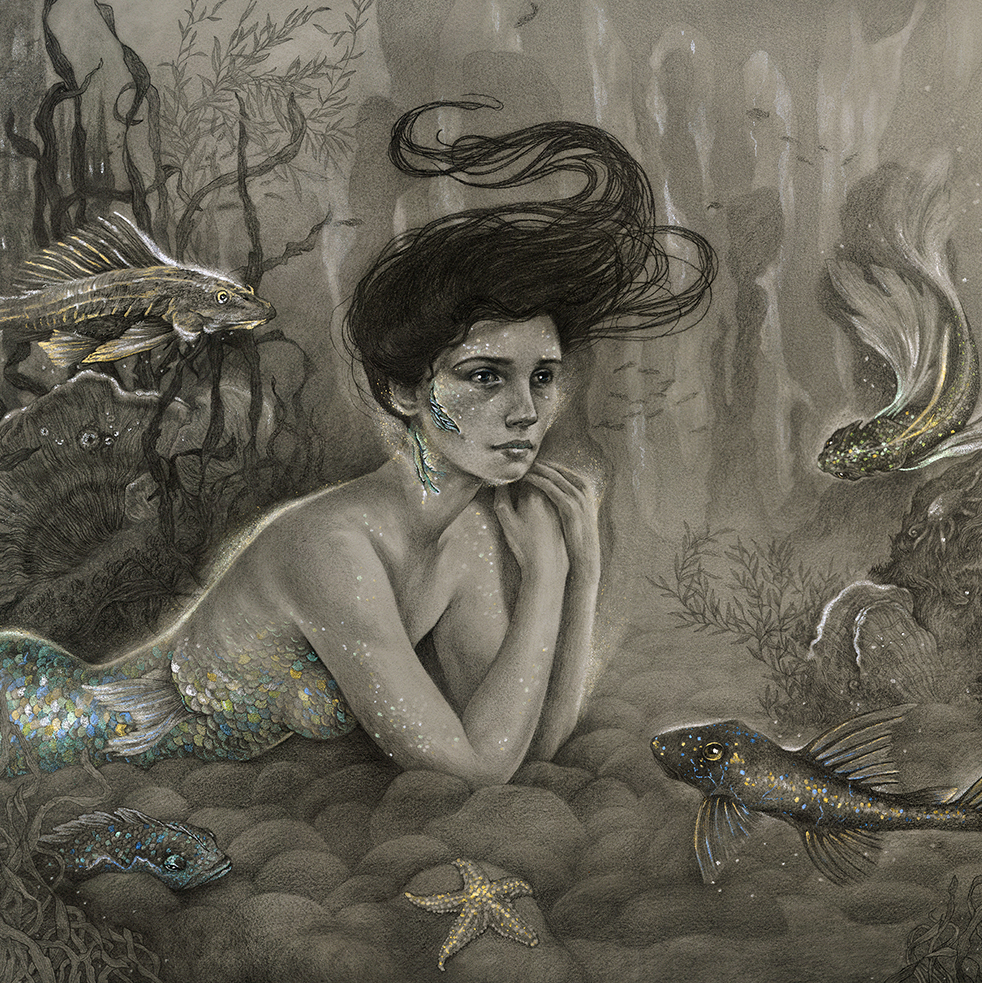 Now, you should not imagine the floor of the sea as a naked,
white sandy bottom. No, indeed! An amazing variety of trees
and plants grow there. Their branches are so resilient they move
like living creatures at the least movement in the water.
The fish, both small and great, dart between them just like birds in the air.
And this is where the sea-folk lived.” 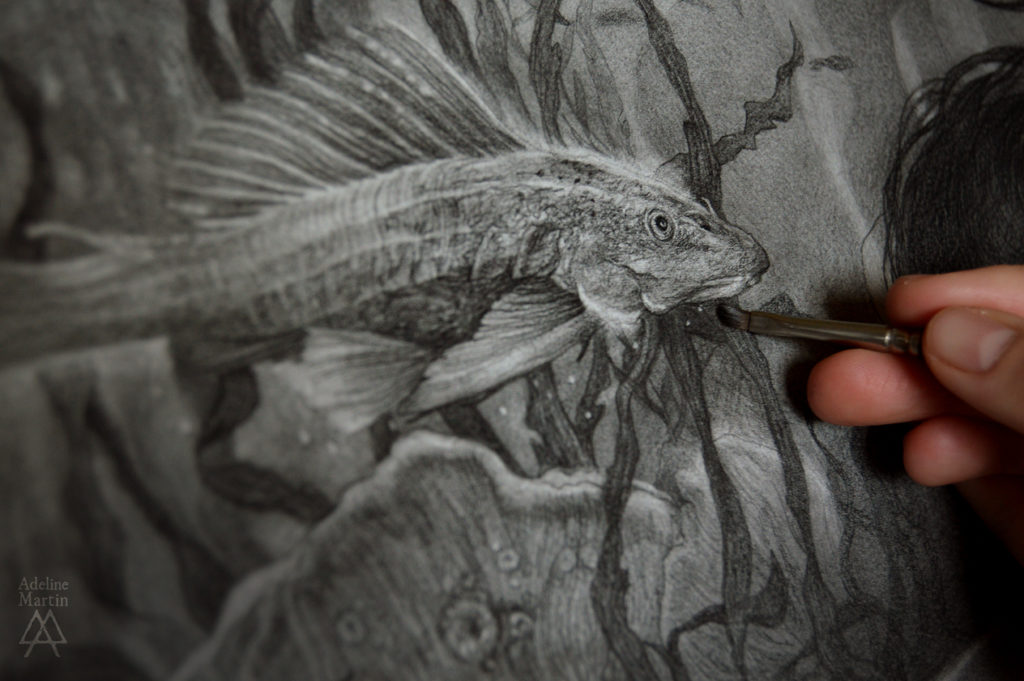 “All day long the princesses played in the palace,
where living flowers grew out of the walls.
The big, amber windows where opened so fish could swim in and out.
They swam right up to the small princesses,
ate out of their hands and allowed themselves to be petted.” 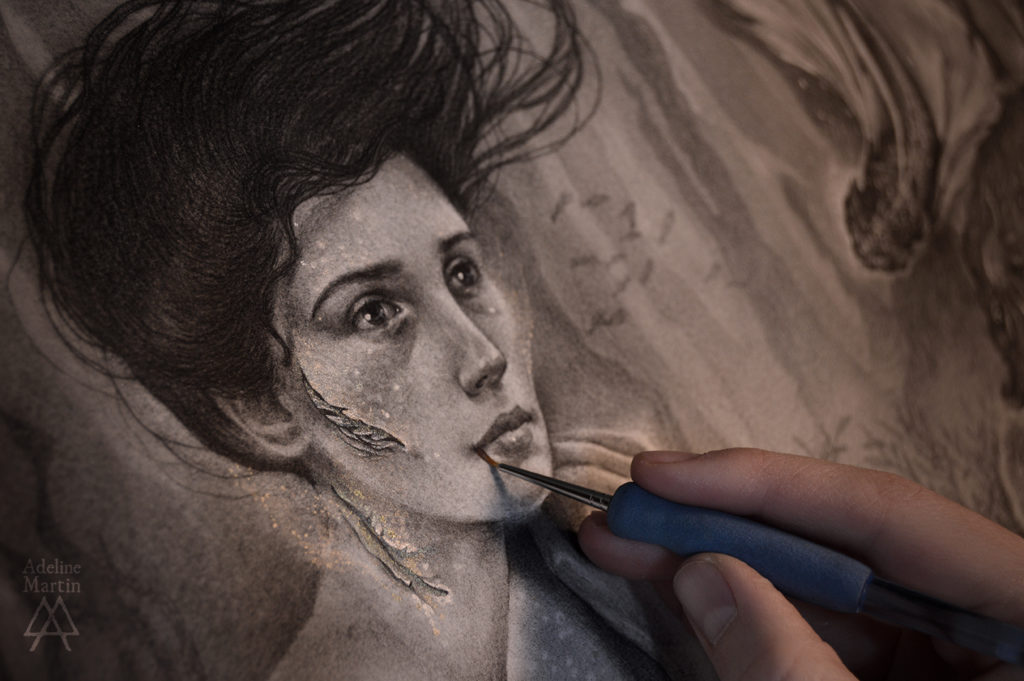 “The aging sea-queen was fond of telling stories and none
were more popular among the mermaids than those
about the human world above. The youngest mermaid,
especially, enjoyed hearing how the flowers above
had a fragrance, which they did not have on the floor of the ocean.
And in the forests, the “fish” which flitted among
the branches could sing ever so sweetly.
(Grandmother always called the little birds “fish”,
for otherwise the mermaids would not understand,
since they had never seen a bird.)” 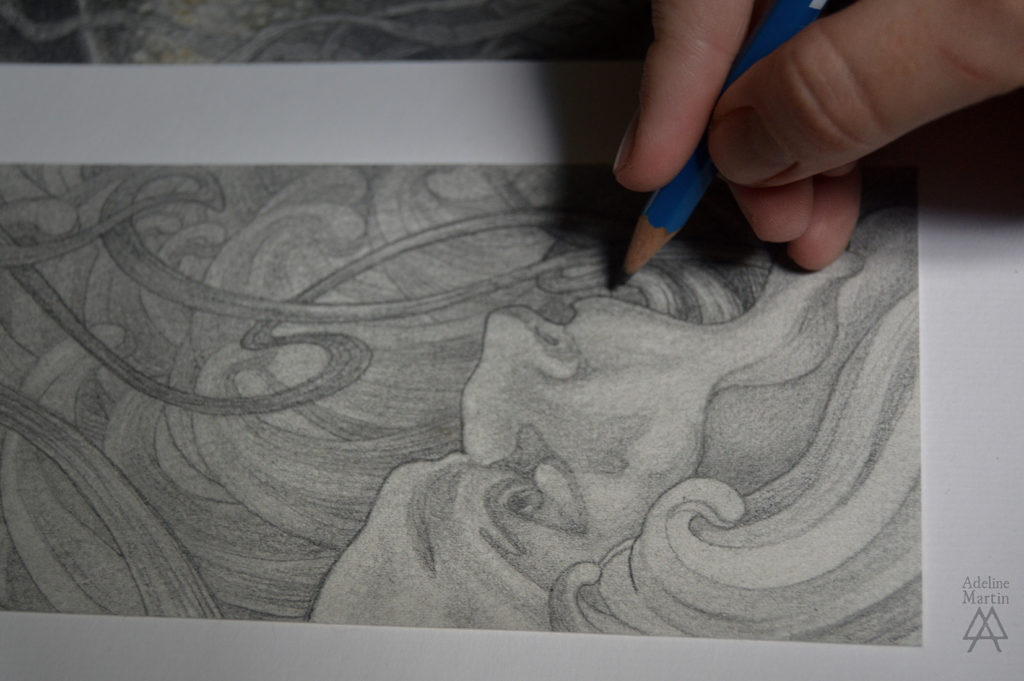 Original available, feel free to contact me for more informations.